Shawn Bradley established Bradley Abstract in 1988, providing a complete service company to assist the real estate and mortgage lending industry with all of its title needs. Shawn was the proud owner of Bradley Abstract and Title Company in Downtown Lafayette for over 30 years where he served as a landman across the south. Bradley Abstract is now one of the largest abstracting firms serving the South Louisiana market. Our commitment to service and good vendor/customer relations is the most important aspect of our business.  Shawn’s son Brandon Bradley along with Office Manager Michelle Morvant Samson continue the Bradley family tradition of excellent customer service and tireless work ethic.

From document retrieval, mortgage filings, updates/bringdowns, current owner searches, three owner, institutional lenders, purchase money mortgage, subdivider forwards and much more, Bradley Abstract does it all. Confidentiality, quick turn around times on requests, prompt replies to inquiries, and overall good communication with clients are just some of the reasons for our success in the real estate industry.

The wide geographic area covered by our abstractors and our utilization of state of the art E-abstracting software and equipment sets Bradley Abstract apart – and has made us one of the industry leaders in South Louisiana.

Please call our toll free number or E-mail us for any information such as our fees, coverage area, turn around time, or E/O coverage. We want to be your full service provider/vendor in South Louisiana 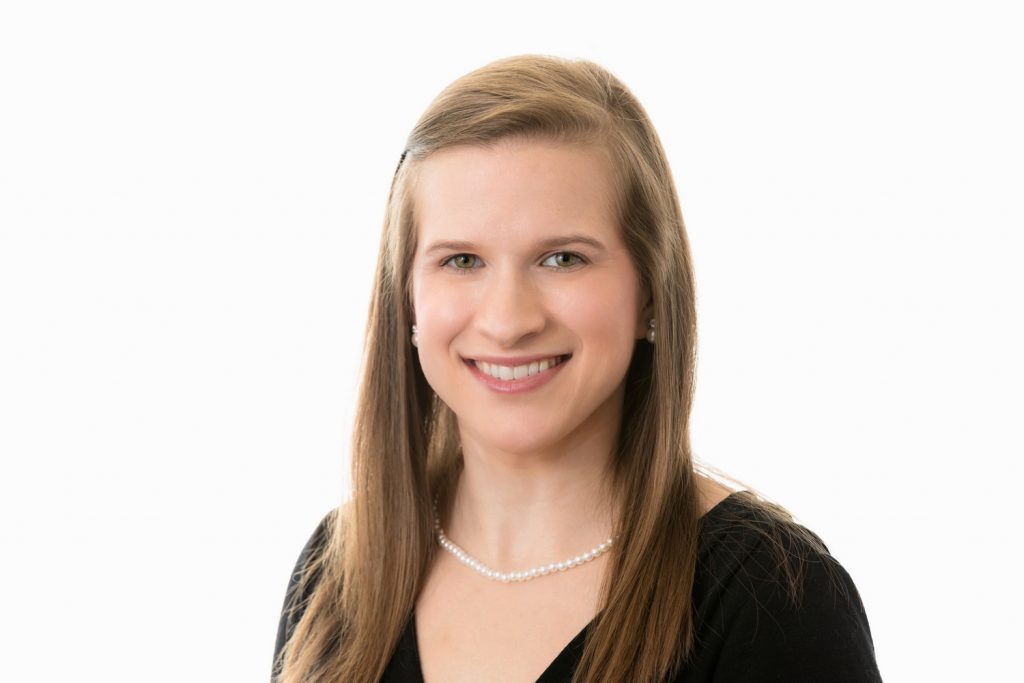 Office manager of Bradley Abstract & Title Company
She was born and raised in Lafayette, La and graduated in May 2006 from St. Thomas More Highschool and then from the University of Lousiana at Lafayette in December 2010 with a bachelor’s degree in Finance.

During college and for 2 years after, Michelle worked in various roles at Bradley Abstract & Title Company and then left to persue a career in Sales at 2 Hydraulic companies. She hopes to bring her previous knowledge of abstracting along with her 8 years of Sales/Customer Service experience to serve current customers as well as expand the companies customer base.

She is married to Martin Samson, RN who is the nephew of Gina Bradley and cousin of, Brandon Bradley, Katelyn Townley Bradley and Jillian Bradley. They have been married for 6 years and have 2 Children together.

In her spare time, Michelle loves working out, watching Cajun and Saints football and spending time with her family.

Please complete all fields that apply to your request.

Our staff is available to assist you 24 hours a day, 7 days a week .

The Sidney “Gabriel” Daigle House, built circa 1870 in Lafayette, Louisiana, was placed on the National Register of Historic Places by the U.S. Department of the Interior on June 14, 1984. Orginally built by Jules T. and Marie Revillon, it served as the family home for them and their heirs until 1924 when Sidney Daigle and Norma Schenbleaux Daigle purchased it for $3000.00 from Lucille and Julie Revillon.

Considered the jewel of downtown Lafayette in the early twentieth century, the 4,000 square feet of this French country cottage design provided ample living space for the Daigle family and their relatives, who called it home throughout the 1900s. Over the years, the house was the site of weddings, funerals, and many other family gatherings. It was the birthplace of four of the five children of Sidney and Norma Daigle, the youngest of whom, Earl Daigle, passed away there in 2002.

The “Maison Daigle,” as it came to be known, is rich in lore and mystery – former occupants and their ancestors still tell tales of mysterious events associated with its past, and ghosts are rumored to roam the halls upon occasion.

In May 2004, the Daigle House was purchased by George and Pat Bradley of Lafayette. Shawn Bradley, the sixth of their ten children, was instrumental in the relocation of the house and the restoration project. This comfortable and spacious old home now serves as the new offices of Bradley Abstract, which services the real estate abstracting and title needs for most of South Louisiana. 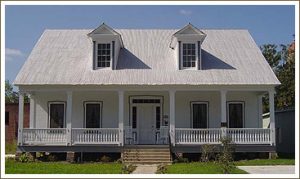 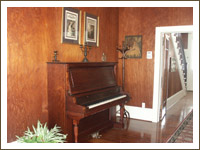